A luxury journey through majestic India 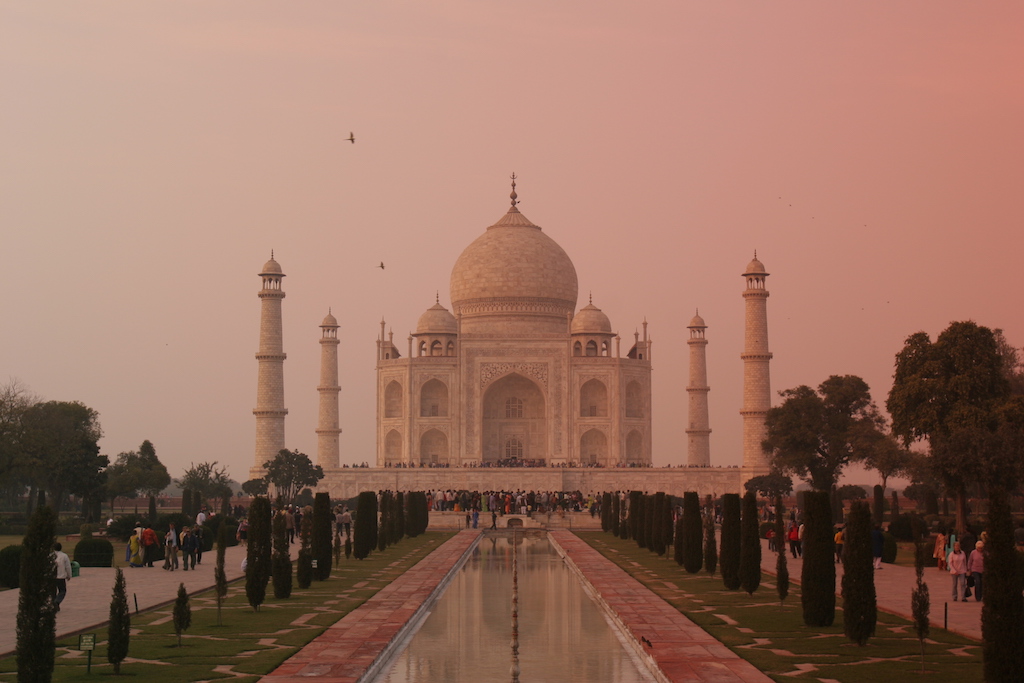 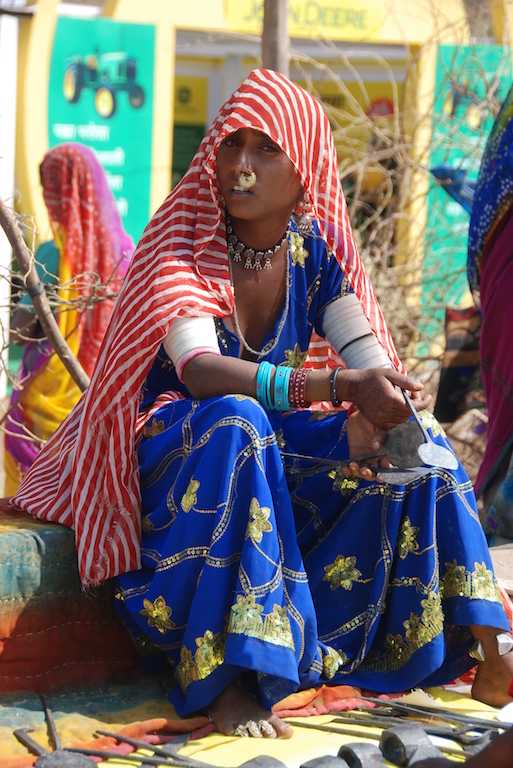 After breakfast, we started the day with a special walk conducted by the Salaam Balak Trust, which works with street children in Delhi providing them with a secure environment as well as health and education. The Trust has developed an inner city walk, and your guide will be a young person who has been rescued and knows the area intimately. While introducing you to the heritage and life in the backstreets of Delhi, he will also share with you stories of his life.

This is not a slum tour as the walk does not take you into the slums and photography is not allowed in certain sections of the walk. The tour is “seeing the life in the city through the eyes of your young guide”.

From there, we proceeded to Gurudwara Bangla Sahib, the temple of the followers of the Sikh religion. Here we visited “Langar” or Community Kitchen, where every member of the religion considers it an honour to put in a couple of hours cooking thousands of Indian breads and making huge vat-loads of curry to feed the poor and the underprivileged.

After lunch, we took a drive to the Old City. Fun cycle rickshaw ride through the narrow lanes of the 300-year-old wholesale market, Chandini Chowk. Colourful, chaotic and bustling with life, this is a great market to visit and see organised chaos in motion! We disembarked at the Jama Masjid for a visit to the country’s largest mosque.

Our return was via Rajpath, where we drove past modern India’s iconic buildings like the President’s Palace and our War Memorial – India Gate.

After a quick cup of tea/coffee, we were escorted to the Nizamuddin railway-station in time to board the Gatimaan Express train (08:10/09:50 hours – currently, the fastest train in India) to Agra. (Class: First Class).

We then took a visit the Agra Fort (a UNESCO World Heritage Site). When the Mughal Emperor Akbar established his supremacy in northern India, he began his first architectural venture, rebuilding the Agra Fort as a beautiful fort-palace. 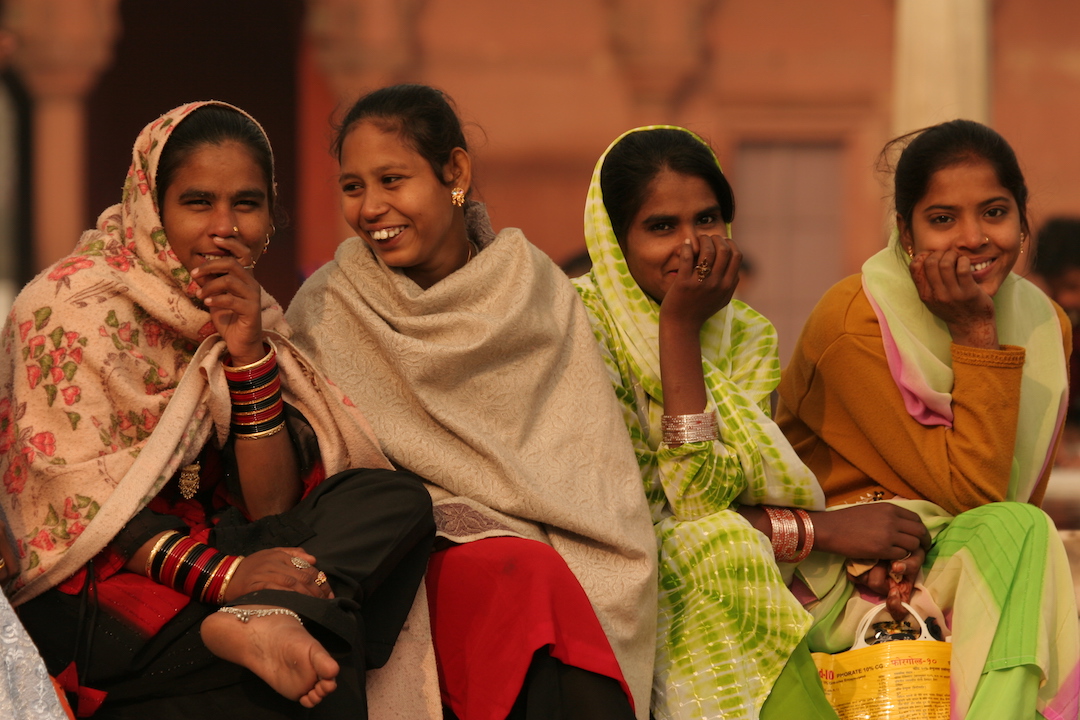 The Taj Mahal (a UNESCO World Heritage Site). This stunning mausoleum is a symbol of devotion and dedication and is an expression of the magnificence of Mughal architecture. We will time your visit with sunset. 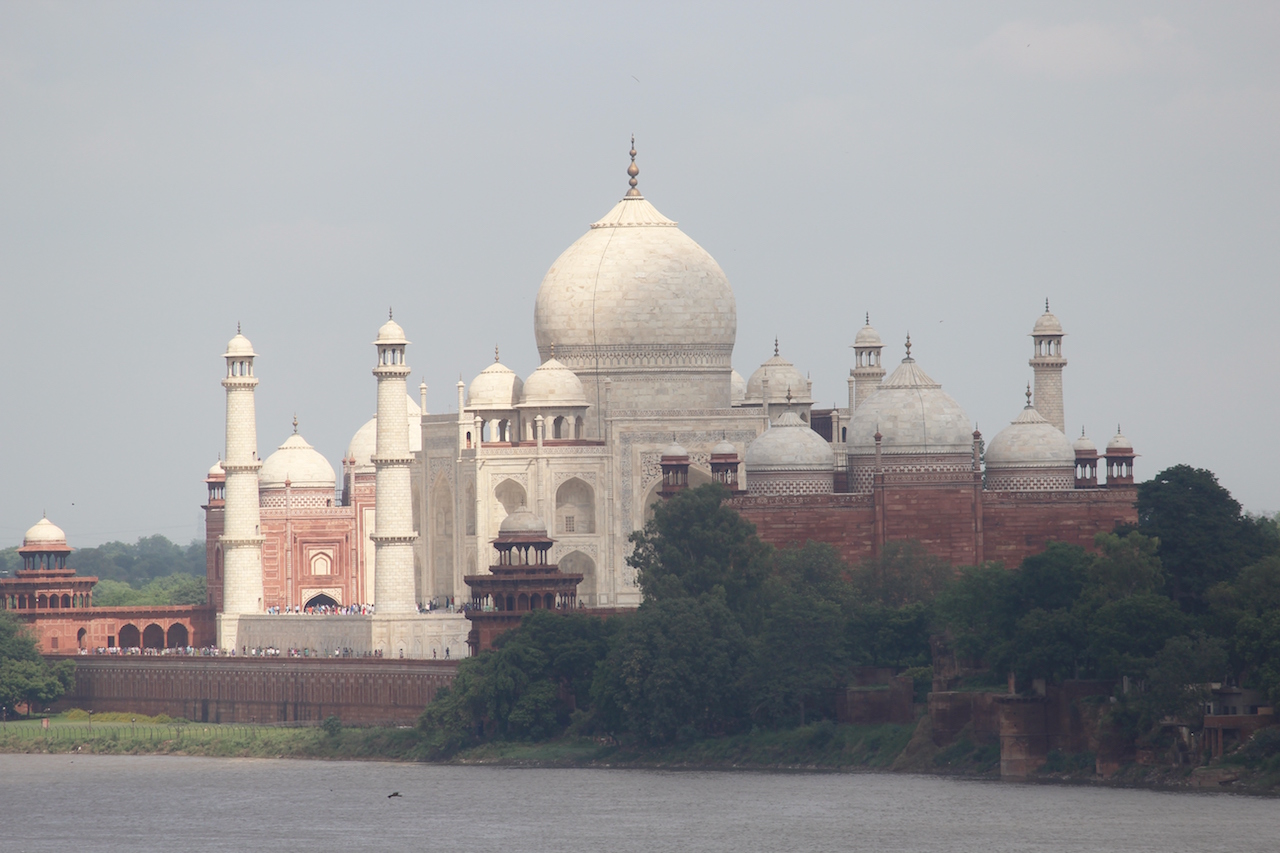 We set off for Bharatpur, stopping an hour outside Agra to visit one of the Mughal Empire’s most inspired creations, Fatehpur Sikri (a UNESCO World Heritage Site). Fatehpur Sikri was built by the Mughal Emperor, Akbar, to honour the Saint Salim Chisti who foretold the birth of Akbar’s son and heir. Built entirely in vibrant red sandstone, architecturally it draws its inspiration from Hindu, Persian and Islamic styles.

From here, we drove an hour to Bharatpur. At one time, Ranthambore was the private hunting grounds for the Royal family of Jaipur. It was later declared a Sanctuary and in 1972 was brought under the Project Tiger scheme. The varied flora of the park supports a large number of animals including a variety of deer, the sloth bear, the shy caracal, leopards and of course, the tiger. The best tiger sightings in the country have been reported in this park. 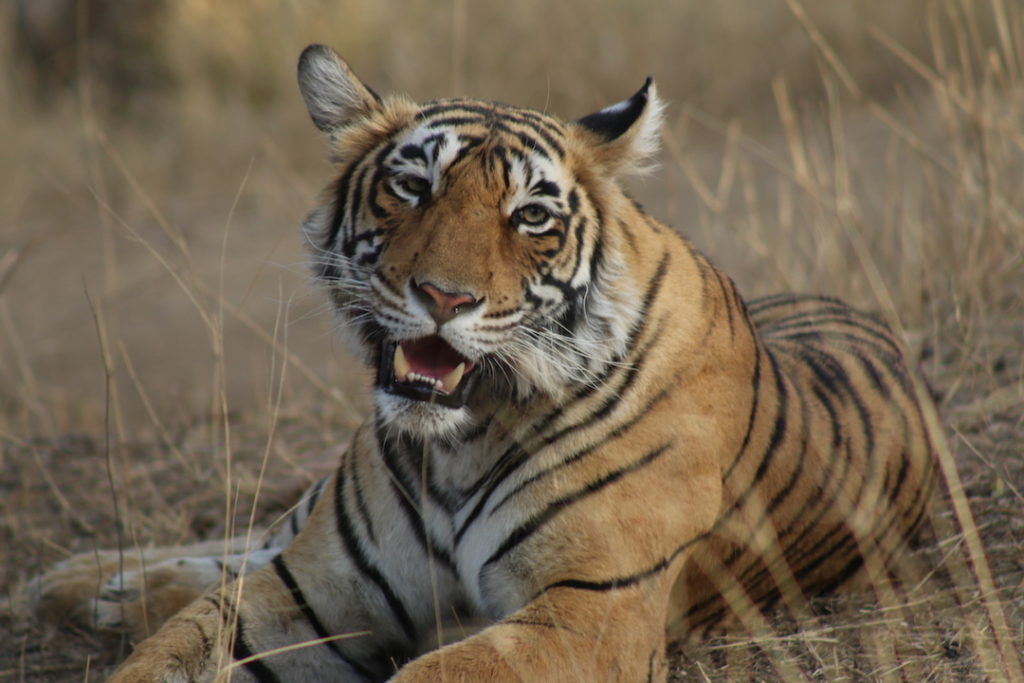 In the early morning and again in the late afternoon, were were taken on “ Tiger Game drives” inside Ranthambore National Park in a shared jeep or an exclusive jeep, along with a naturalist. 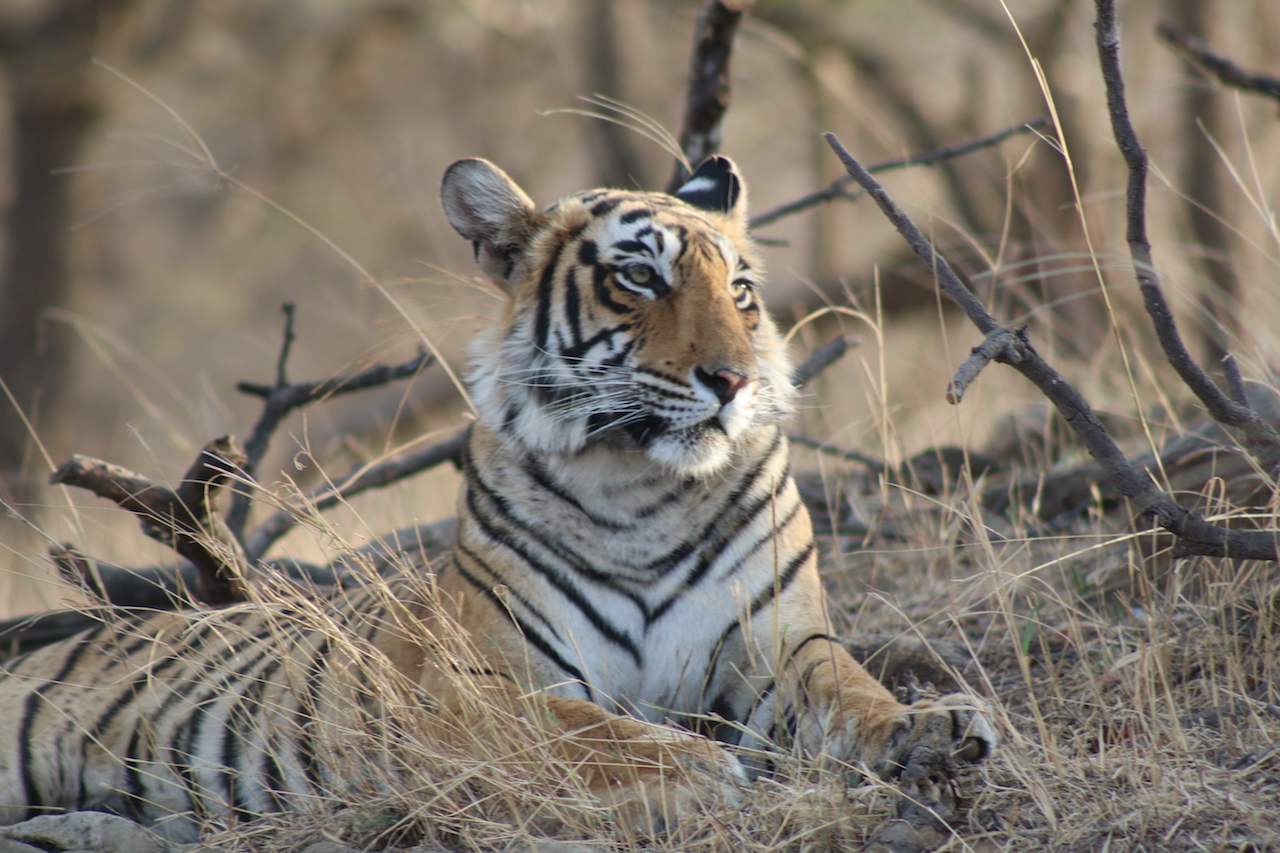 The sprawling City Palace, which is a blend of Mughal and Rajput architecture and where the ex-Royal family still lives in a part of the palace. We took a private tour of the residential areas of the City Palace not open to the public. This was followed by a glass of sparkling wine in the Royal Living Room.

From the City Palace, we entered the extraordinary Jantar Mantar (a UNESCO World Heritage Site), the astronomical observatory built by Raja Sawai Jai Singh II. The massive futuristic structures that you will see are actually instruments that are accurate even today.

Later, we stopped for photos at the iconic Hawa Mahal with its ornate pink façade.

In the afternoon, we took a specially designed walk through the bazaars of the Old City where we had the opportunity to interact with the traditional businessmen who have been plying their trade for years or sip a cup of tea on the streets, and enjoyed some street food (don’t worry, we only eat from places that we have vetted and found to be safe and hygienic). 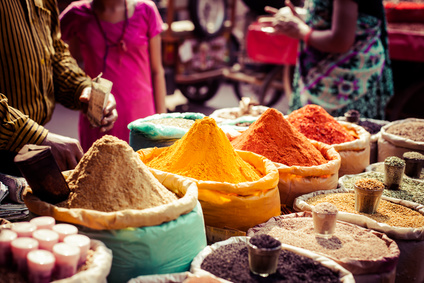 Traditional spices and dry fruits in local bazaar in India.

The bazaars of the old city are colourful, aromatic, happily chaotic and offer anything from the famous Jaipur “minakari” jewelry to ordinary and mundane household goods. Strolling through the bazaars is a lesson in the lifestyle of ordinary people.

On arrival, we were met by our representative and transferred to the City Palace for sightseeing. This sprawling palace was built over three centuries and is a series of four interconnecting palaces, illustrative of various architectural styles. 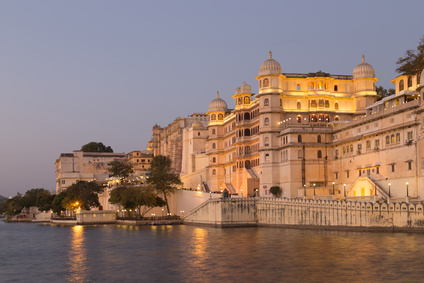 This photo was shot from Udaipur city at twilight time. Udaipur city palace was built over a period of nearly 400 years being contributed by several kings of the dynasty. It is located on the east bank of the Lake Pichola and has several palaces built within its complex.

In the evening, we enjoyed a sunset cruise on Lake Pichola in an exclusive boat, sailing past its picturesque ghats and palaces. 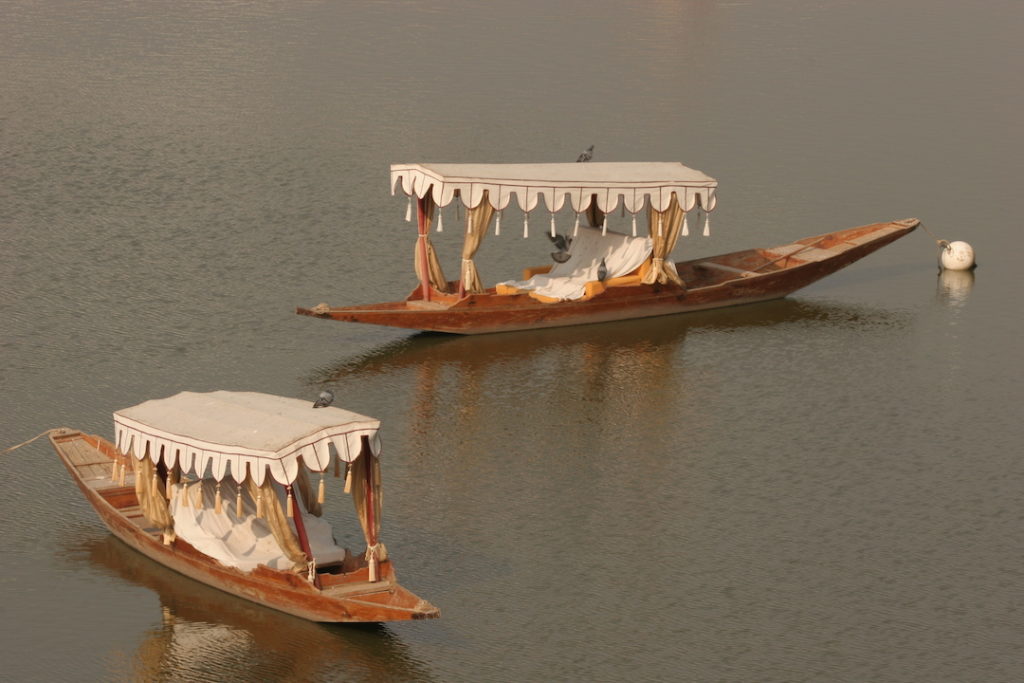 After breakfast, a drive of about 45 minutes to the Delwara region of Rajasthan, which houses the beautiful temples of Nagda and Eklingji. The temples in the small but beautiful complex at Nagda are known as the “Sas” and “Bahu” temples (literally, temples of the Mother-in-law and Daughter-in-law), and comprise elaborately carved 10th-century temples dedicated to Lord Vishnu. After Nagda, you will drive to visit the 8th-century Eklingji temple. Eklingji was a reincarnation of the Indian deity Shiva, and the patron god of the Maharanas of Udaipur.

After a visit to the temples, we drove to the village of Molela. This is the home of the Maru potters who make an assortment of hand-modeled votive plaques and idols. Typically, the women prepare the clay, which is a mix of rice husk and donkey dung, while the men make the idols and decorate them. The entire process is done by hand without using molds or machines. 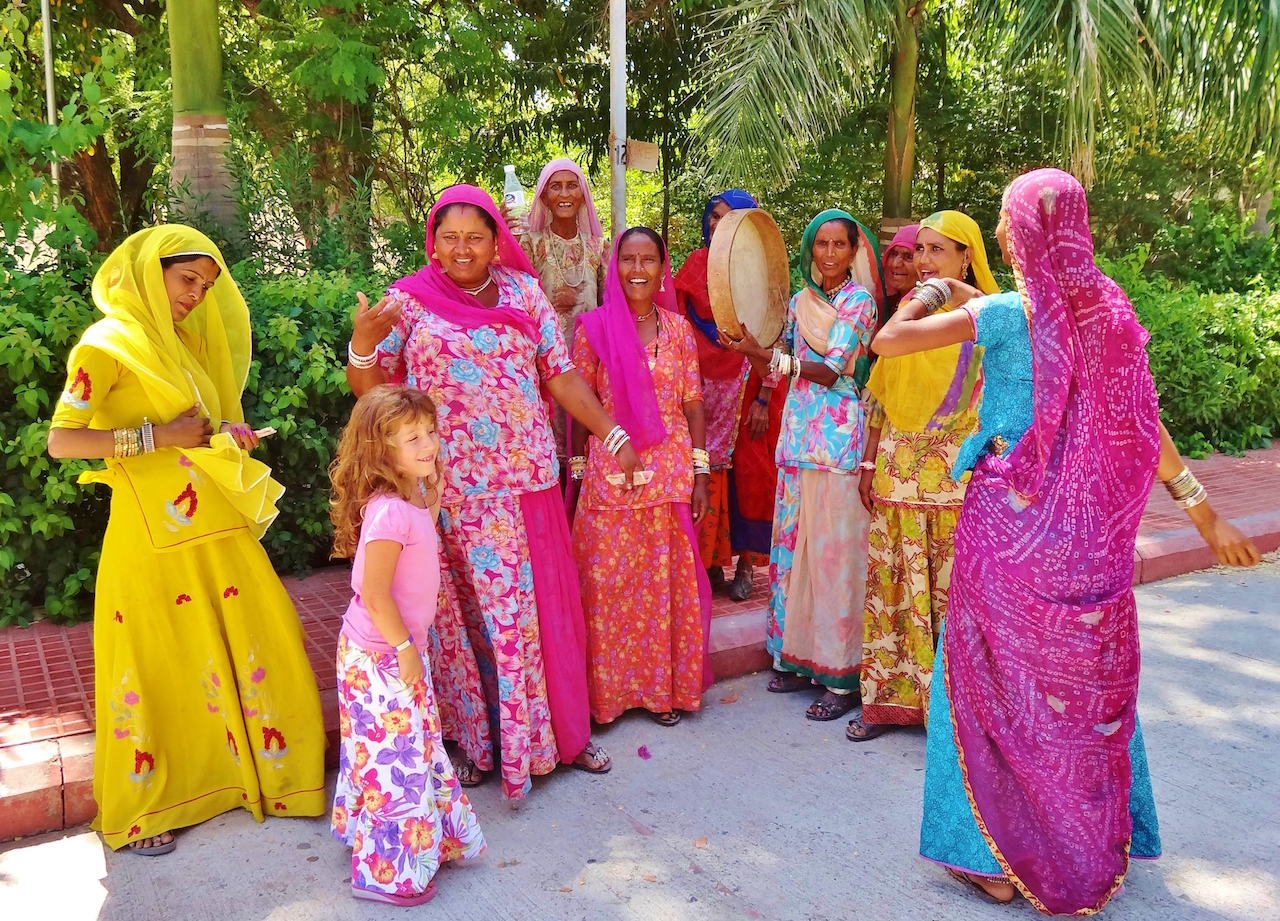 That night we participated in the unique culinary experience conducted by the noble family of who were premier noblemen of Mewar. They have hosted Queen Elizabeth, Jacqueline Kennedy and the Prime Minister of India. The secret age-old recipes of the family have been passed through generations and are guarded passionately. This will be followed by dinner with the host family. 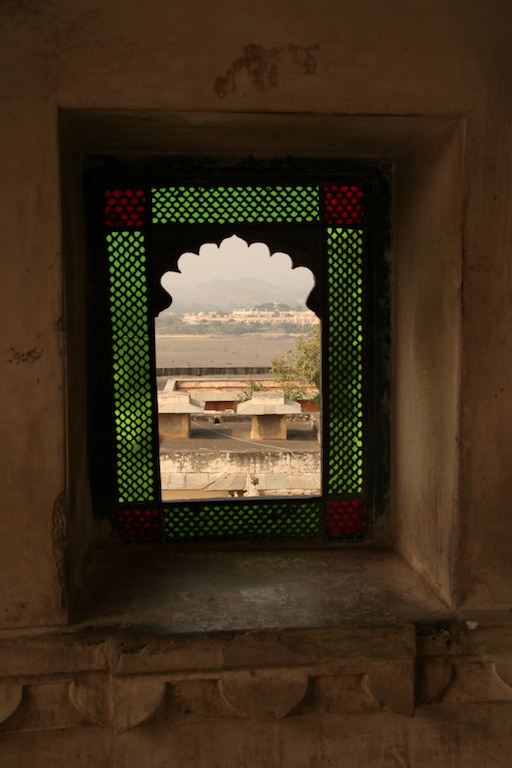 Stroll through the Old City with your escort. Sharing space with cows, elephants, people and bicycles, the walk through the winding lanes gives you a flavour of the lives of people in “small town India”. Taken to the home of a priest, where we saw the ancient art of ‘painting on water’, a dying skill practiced by very few today. A complete canvas takes anywhere from 4 to 10 hours to finish, and you will arrive in time to see the priest giving the finishing touches to one such painting. 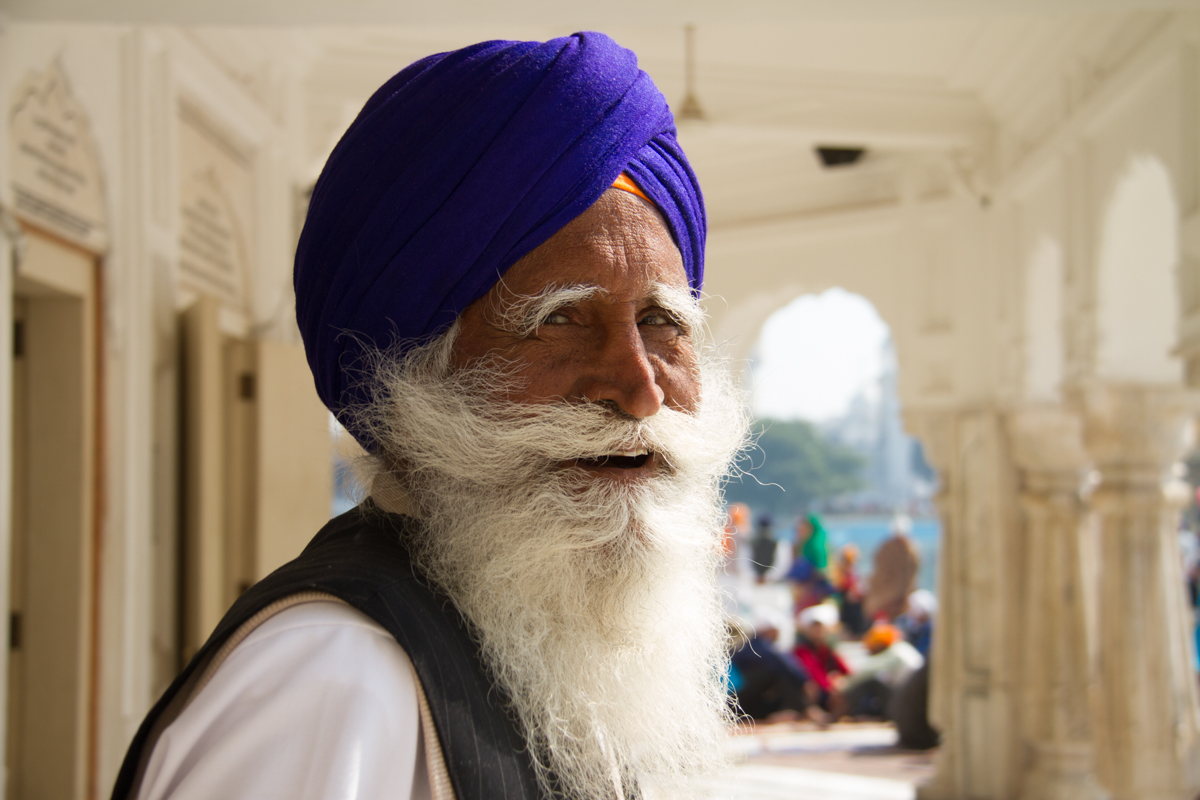