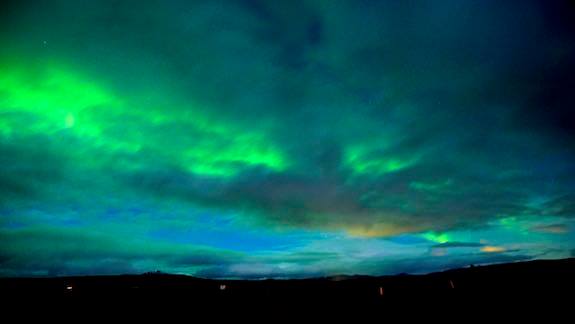 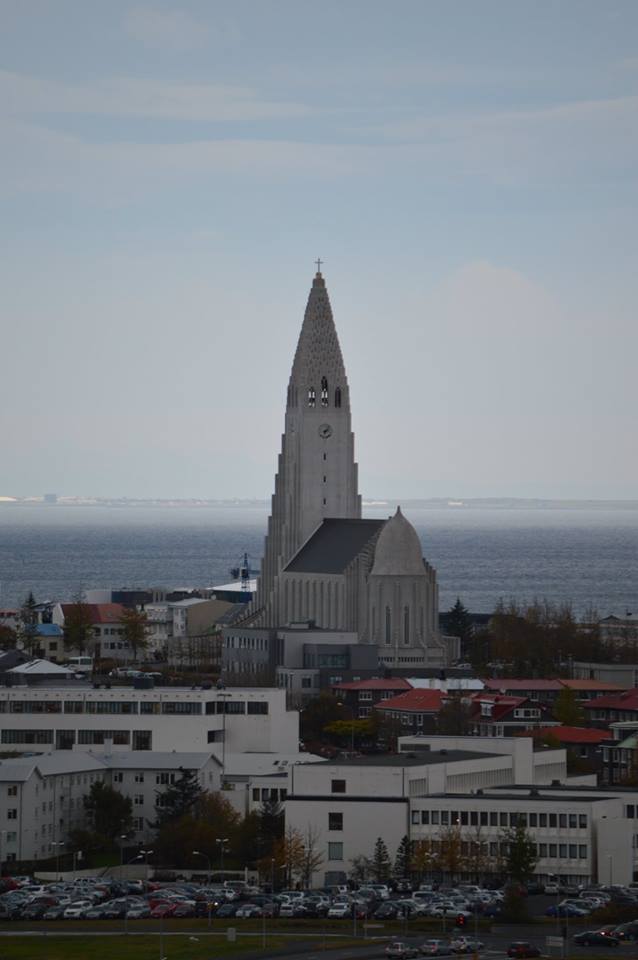 The Reykjavík Grand Excursion is a detailed and comprehensive introduction to Reykjavik’s past and present. We visited Hallgrímskirkja church, one of Iceland´s most impressive landmarks; The Pearl, with its fabulous viewing deck; Reykjavík City Hall, with its striking raised-relief map of Iceland (when available); and pass by Höfði House, where Reagan and Gorbachev met in 1986 to begin the process of ending the Cold War. We also drove through the city centre, the harbour area, the University of Iceland campus, past the Elliðaár river, and through Laugardalur valley.

Our expert guide provided all the essential information about Reykjavík´s rich culture, history and natural environment. 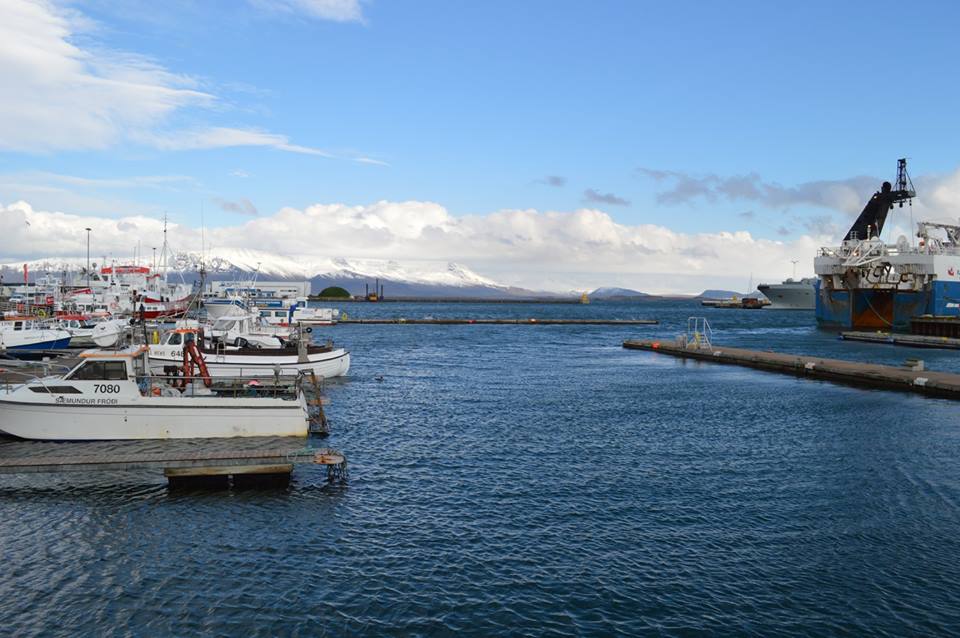 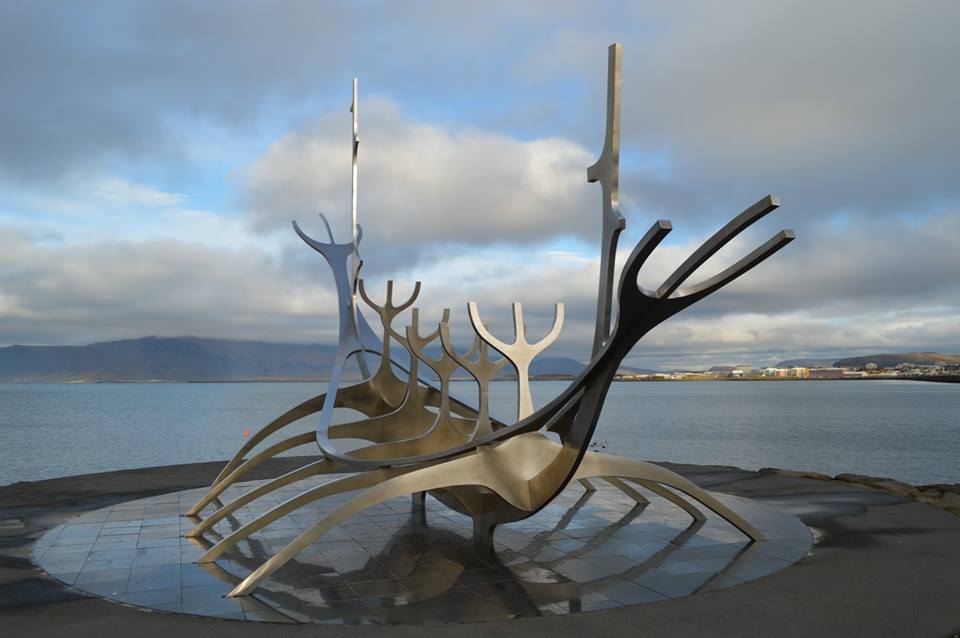 The Golden Circle needs little introduction: it includes some Iceland’s most stunning sights. 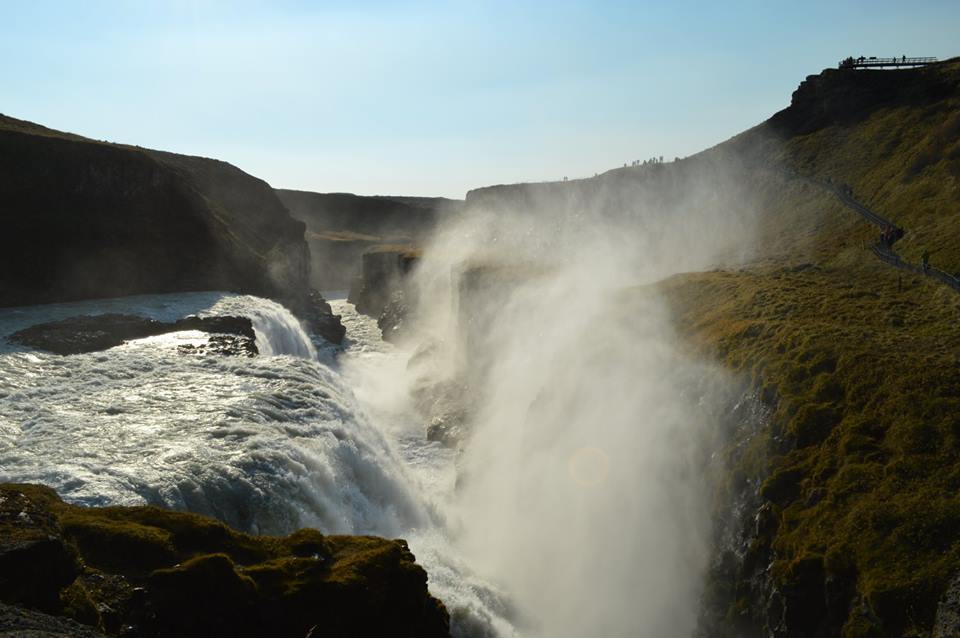 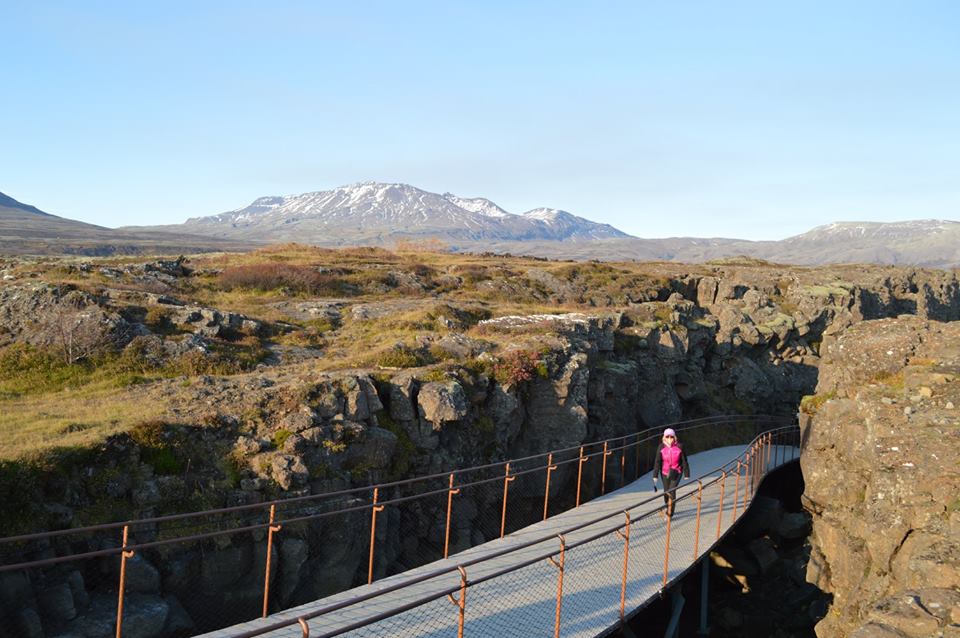 We saw the hot spring Strokkur shoot a column of water up to 30 metres (98 ft.) into the air every 4-8 minutes – a thrilling experience that just never gets old. We also visited the magnificent Gullfoss (Golden Falls) waterfall, created where the river Hvítá tumbles and plunges into a crevice some 32 m (105 ft.) deep. Our tour also included the historical and geological wonder that is Þingvellir National Park, where the American and Eurasian tectonic plates are pulling apart at a rate of a few centimeters per year. 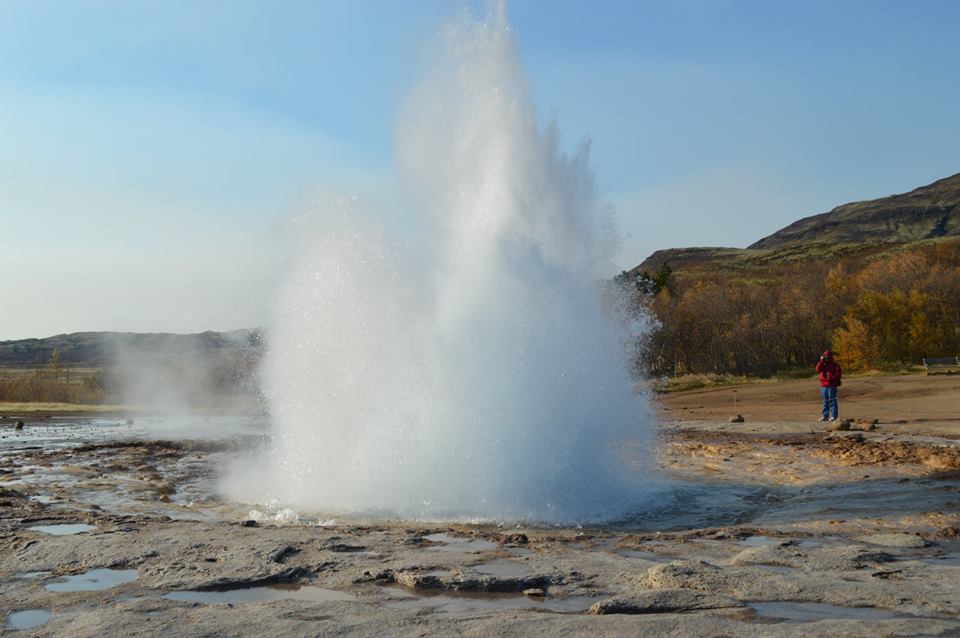 Later that night, we enjoyed our Northern Lights Tour Note: The locations visited are different every tour since we go where it’s most likely to see the Northern Lights each day.

The Northern Lights, also known as the Aurora Borealis, are a spectacular natural phenomenon, often seen dancing around in fantastic colors across the Icelandic Arctic sky. They are caused by the interaction of particles from the sun with the upper atmosphere near the North Pole.

This tour is depending on weather and sightings are not guaranteed but if we don’t see them on the first night, we will have another night to try again. Tour goes past midnight. 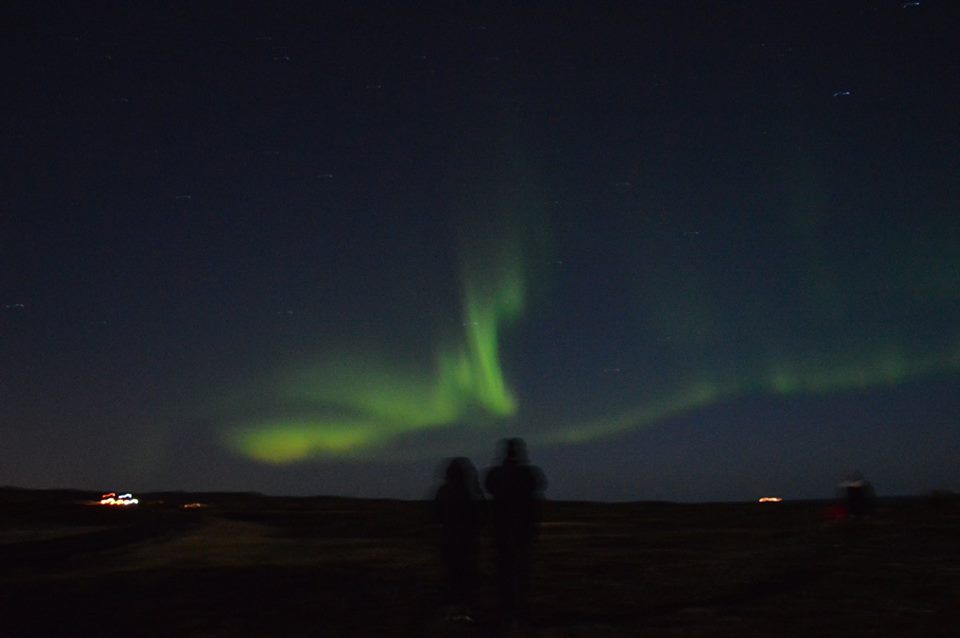 Horseback riding in Iceland among lava fields. This tour gives you a great opportunity to get to know the 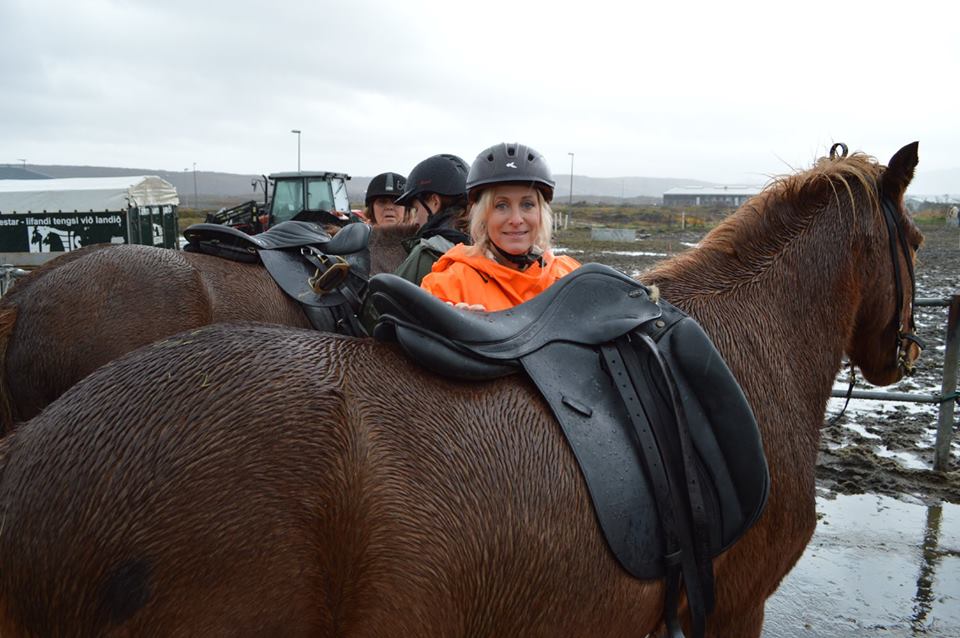 Icelandic horse and to experience horse riding in Iceland. On our ride you will go through the lava fields surrounding Mt. Helgafell volcano to the old Kaldársel sheep corral or to Lake Hvaleyrarvatn. View rough lava fields and look for different formation in the lava. The beautiful Bláfjöll Mountains tower above on the horizon. 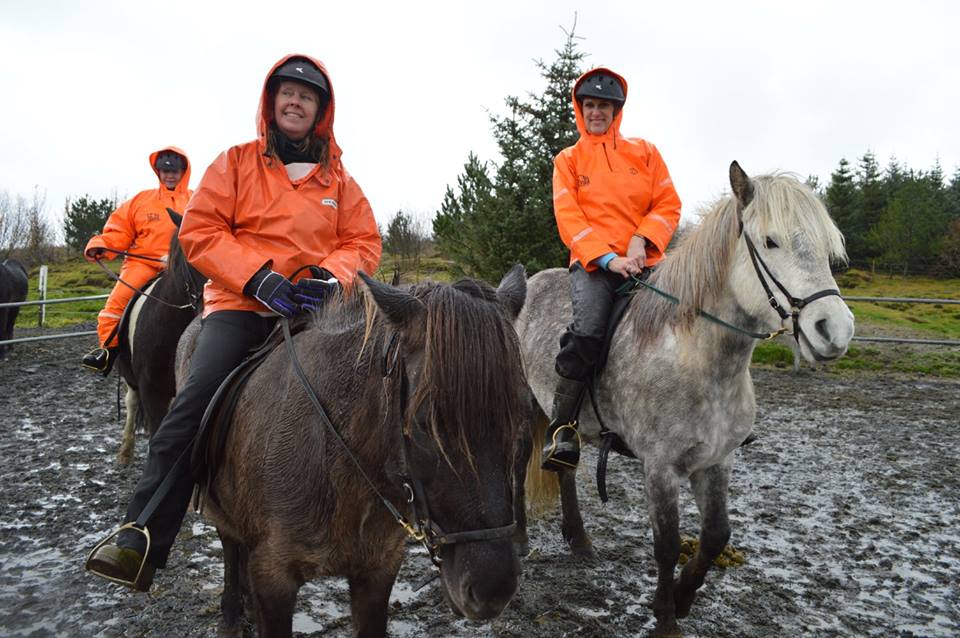 October 19, 2017 -GLACIER HIKE
Less than two hours drive from Reykjavík is Eyjafjallajökull glacier, and just a little further the Sólheimajökull glacier tongue extends down from Mýrdalsjökull.

We took an easy walk on crampons up on to the ice field where a wonderland of ice sculptures, ridges and deep crevasses awaits discovery. 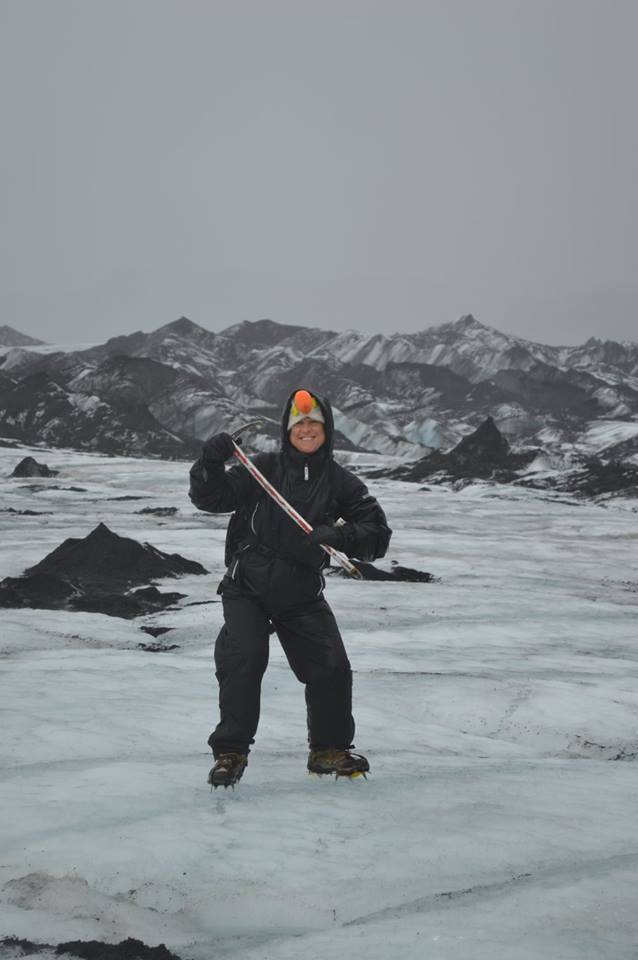 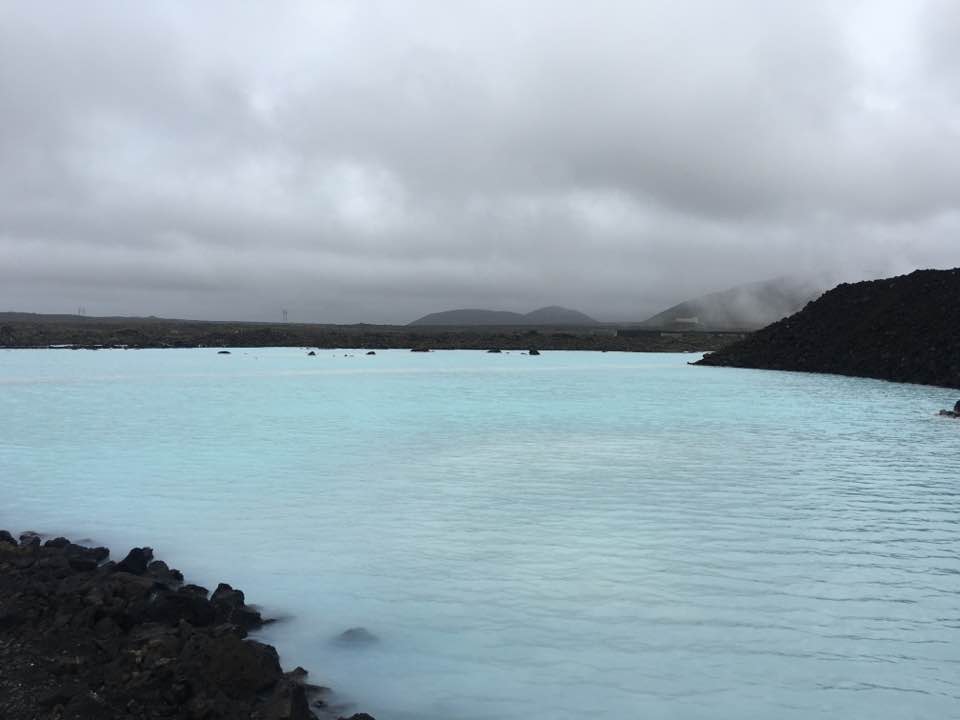 What visit to Iceland would be complete without a visit to the famous Blue Lagoon, a not to be missed attraction. Nothing can be compared to the unique experience to soak up the scenic beauty and enjoy breathing the clean, fresh air while relaxing in the warm geothermal seawater. 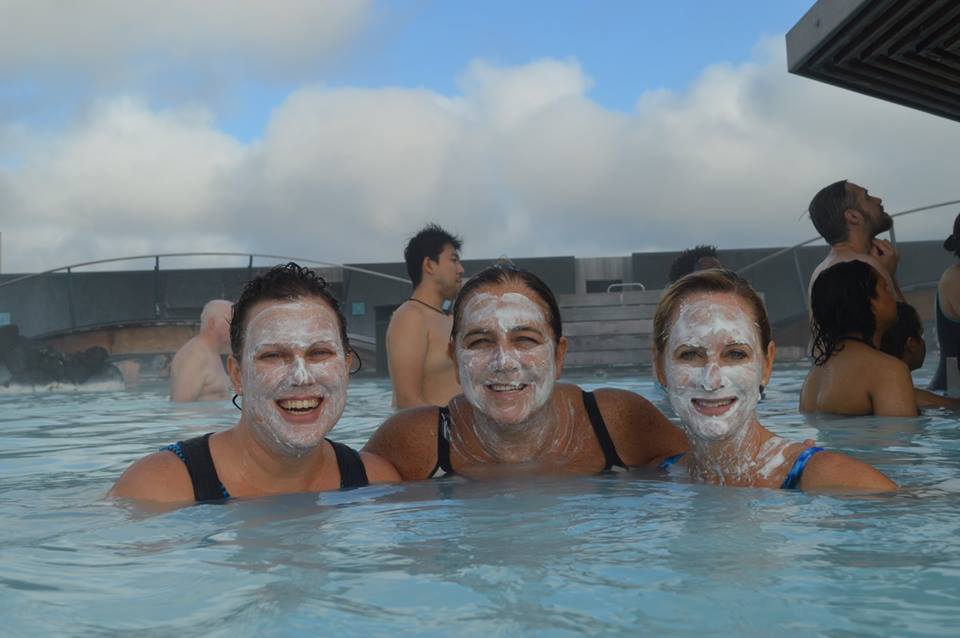 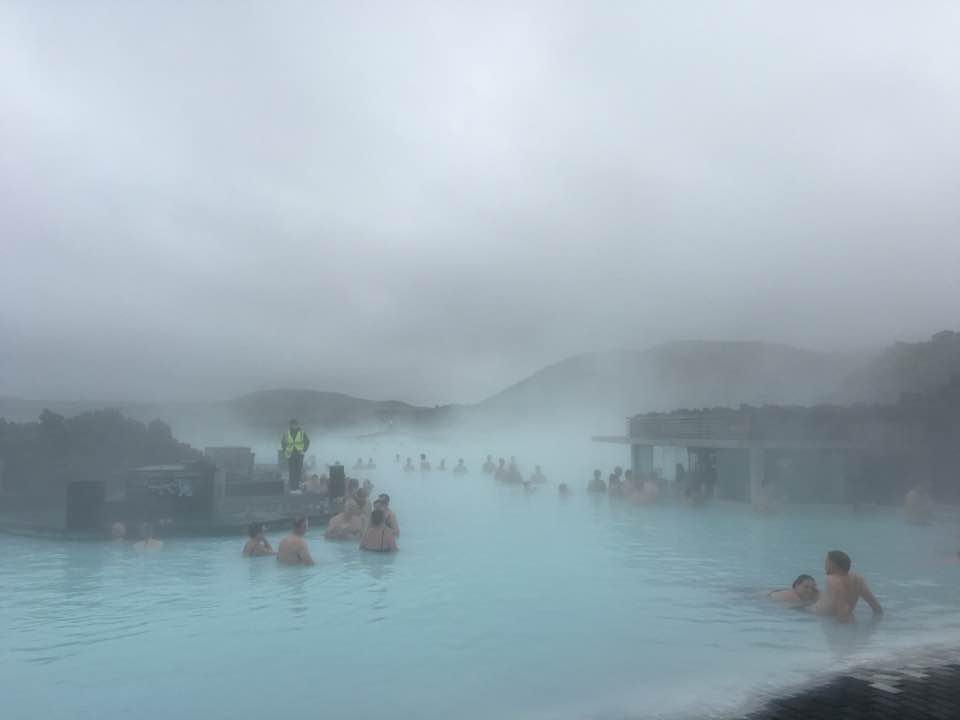 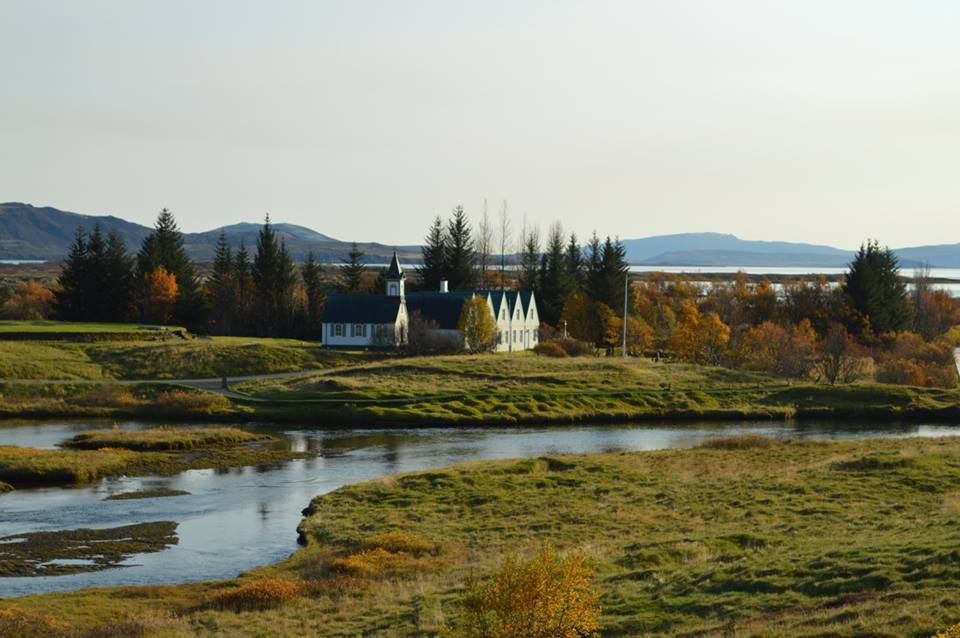