A JOURNEY OF HISTORY and FUN TO ISRAEL 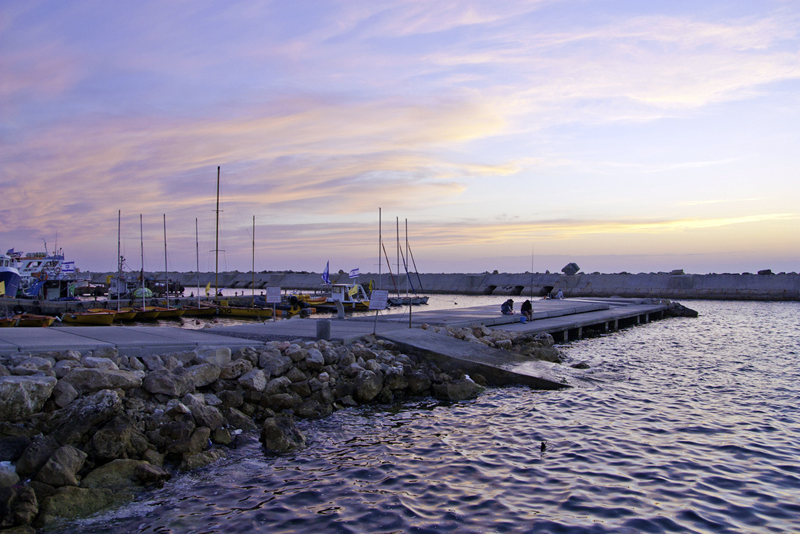 We arrived in HERODS TEL AVIV, at a 4-star, beach-front hotel. A complete renovation was completed in 2011, transforming the property into a spectacular luxury theme hotel invoking the unique flair of 1930s Tel Aviv, when the city was emerging as a pulsating center of culture, architecture and fashion. All 324 guest rooms combine nostalgic-chic design with the facilities and comforts of a modern luxury hotel including complimentary Wi-Fi and international phone calls. All rooms have balconies overlooking the Mediterranean Sea. Hotel facilities and services include a restaurant, fitness and spa center, seasonal outdoor pool, air-conditioning throughout the property, business lounge, laundry and room service. www.leonardo-hotels.com

A few highlights from Tel Aviv:

The ruins of Caesarea

Caesarea is a large port city built by Herod the Great to honor Roman Caesar Augustus. Herod built a port in the bay and erected all the cultural institutions found in every great Greco-Roman city – a theater, a hippodrome, and a luxurious bathhouse. In order to supply water to the city’s ever-growing population, he built an aqueduct system stretching from the springs of Mt. Carmel to Caesarea. 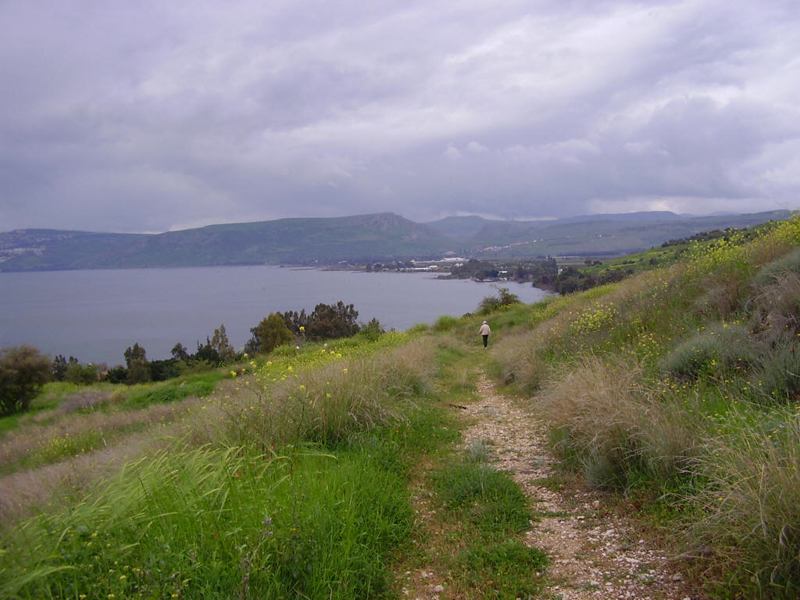 We visited Daliat el Carmel and Yad Lebanim. Learned about Druze society and their role in the Israeli military and sacrifice for the security of Israel.

Then a visit to Noura’s Kitchen to experience authentic Druze cooking and hospitality in a home environment.

We then took a drive to Haifa, Israel’s largest port and third largest city, located on Mt. Carmel and the Mediterranean Sea and is one of Israel’s few mixed Jewish-Arab cities (and the largest).

The Persian Gardens of the Shrine of the Bahai on Mt. Carmel were fascinating. Haifa is the world center of the Bahai faith.

Drive north to Acko, (ancient Acre) another mixed Jewish Arab city and the maritime capital of the Crusader Kingdom, recognized as another Heritage site of UNESCO.

Then, onto Knights’ Halls. We walked through the recent excavations to experience a real trip in a time machine of one of the most beautiful and impressive remains from this period. Then, drive to Tiberias for overnight.

Our hotel for the night was, EMILY’S BOUTIQUE HOTEL, a small 4 star boutique hotel with only 66 rooms, centrally located in Tiberias, only 5 minute walk from the Sea of Galilee promenade and the old city. This is an intimate, new property with very good, friendly service. Guest rooms are equipped with air-conditioning, balcony, free wi-fi, cable TV, telephone, mini-fridge, coffee maker, safe and desk. Hotel facilities and services include a pool and an extensive breakfast buffet. 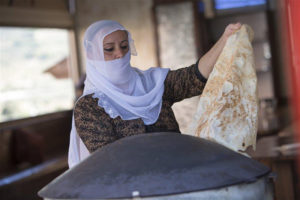 We took a private boat ride on the Sea of Galilee to see the 2,000 year old Genosar Boat discovered in 1986. Then, a visit to Capernaum where Jesus preached, and his disciples, Peter, Andrew, and perhaps others, made their homes. Onto the Mount of the Beatitudes, site of the Sermon on the Mount (Matt. 5). Then, we enjoyed a St. Peter’s Fish lunch near the shores of the Sea of Galilee.

After lunch, we continued off the beaten track of the Golan Heights by 4X4 jeep and stopped to gaze down over the Galilee as the Syrians once did. In the Valley of the Tears, hear the moving story of the brave Kahalani’s battle to secure the Golan Heights during the Yom Kippur War. We stopped at Mt. Bental for an outstanding view of the Upper Galilee and the Golan Heights. After a drive we ended our day in Katzrin, the only city in the Golan Heights, with its famous winery, Golan Wines.

Cana, the site of Jesus’ first miracle, converting water into wine at the wedding. We visited the Church of the Wedding. Continuing to Nazareth, home to the largest Arab population in Israel to visit the Church of the Annunciation and St. Joseph’s Grotto. Then to the Nazareth Village for a firsthand experience of the way of life in the Galilee in the days of Jesus including a biblical-style lunch.

The view from Mt. Precipice, where Christ was taken “out of the city…in order to throw Him down the cliff.” (Luke 4:29). The Jezreel Valley (Armageddon), Mt. Tabor (The Mount of Transfiguration; Matthew 17) and Mt. Gilboa (where Gideon chose his 300 brave men).

Megiddo, the “Hill of Battles,” where archaeologists have uncovered 20 civilizations built one upon another. At this site, King Solomon built his vast stables and good King Josiah died in battle. We ended the day on the River Jordan, where we had the opportunity to renew our baptism.

The most beautiful city in the world, Jerusalem

Beth Shean, one of Israel’s most ancient cities. In its 7,000 year history, the Egyptian, Roman and Byzantine empires laid claim to the site, attracted by abundant water, fertile soil and the situation at an important east-west crossroads. We visited the ruins of the largest Roman city being excavated today. We continued on to Belvoir (Kohav HaYarden), one of the best preserved Crusader Fortresses in Israel. We walked across the moat and visit the Fortress with its spectacular views of the Jordan Valley.

Continuing on to Tzipori, to see one of the most spectacular ruins of a Galilean Village from the days of Jesus. Tzipori was considered the “jewel of Galilee” during the time of King Herod the Great’s son. Then the climb to the Judean hills to the most beautiful city in the world, JERUSALEM, for overnight.

Our hotel, HARMONY, is a boutique hotel located just a short walk from the Old City at Nahalat Sheva, one of the first neighborhoods built from the Old City walls late in the 19th-century. All 50 guest rooms overlook the roofs and alleys of the historic district and are equipped with air-conditioning, wireless internet, safe box, hair dryer, mini-bar and water kettle. 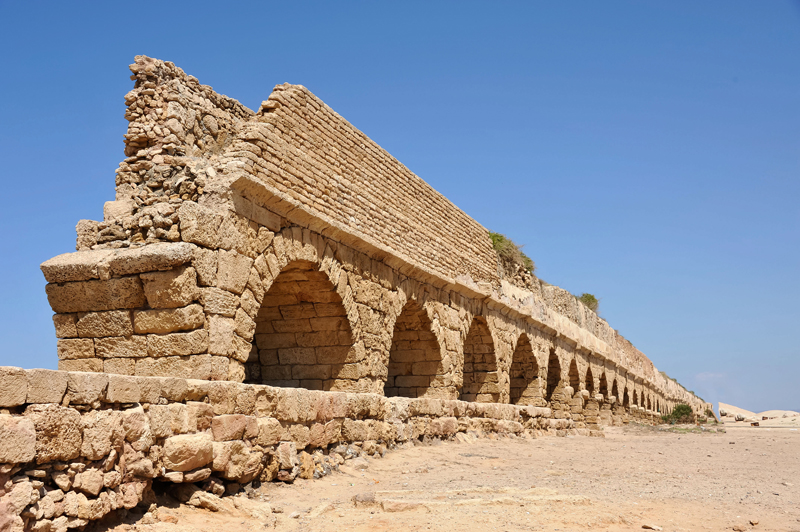 Driving east from Jerusalem to the lowest place on earth, the Dead Sea. We were there to see Qumran, where the Dead Sea Scrolls were found in 1947. Continuing to Masada, a natural fortress with majestic ruins overlooking the Dead Sea. We took a cable car to the top of the plateau for a tour. Jewish zealots held the rock against the unrelenting 10th Roman legion until 72 AD, when a monumental siege, using an astounding attack ramp, conquered the fortress. The camps and other fortifications that encircle the mesa constitute the most complete Roman siege works to have survived to the present day.

After a drive to the Dead Sea we enjoyed a float in the water to end our day.

Bethlehem and visit the Church of the Nativity

Drive 6 miles south to Bethlehem and visit the Church of the Nativity, the oldest church in the holy land still in use. Construction began in the year 326, based on the local tradition that Jesus was born in a cave at the edge of the village. Sing carols in a site that has been visited by millions of pilgrims. We had a typical Arabic lunch in Bethlehem then returned to Jerusalem to drive to the Mt. of Olives for a panoramic view of Jerusalem.

A walk down the Mt. of Olives to see the site where Jesus predicted the future destruction of Jerusalem (Dominus Flevit), and then on to the Church and Gardens of Gethsemane. 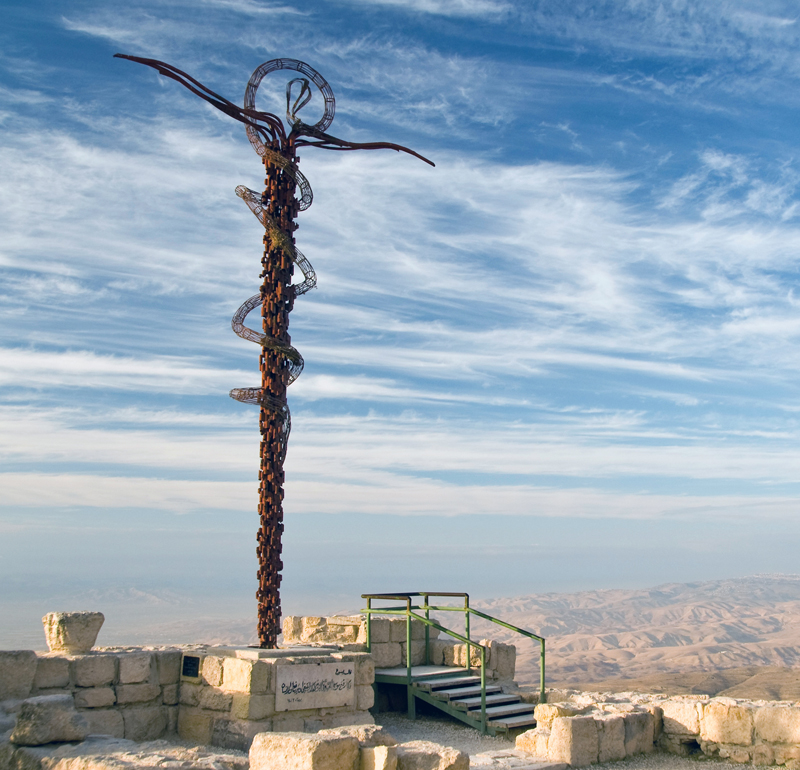 Entering the Christian Quarter of the Old City through Stephen’s Gate and visit the Pool of Bethesda, St. Anne’s Church, and the Lithostrothos at the Ecce Hommo Arch.

Walk the Way of the Cross to the Holy Sepulchre Church.

The next day, we visited the City of David to see excavations that reveal the earliest days of Jerusalem dating back to King David. A walk through Hezekiah’s Tunnel and the newly opened Pilgrims Tunnel direct to the Old City.

We stopped for a visit of the Davidson Center to see a multi-media presentation about Jerusalem in the days of the Second Temple. Then visited the Temple Steps, a unique archaeological area with the original steps that led to the entrance of the Temple 2000 years ago.

A walk to the Western Wall, the holiest site in Judaism and the only visible remains of Herod’s splendid Second Temple. Continuing our walk, we visited the Wall Excavations, also known as the Rabbinical Tunnels. Seeing the huge arched spaces which link to a water tunnel cut through the rock to the north, apparently dug in the Hasmonean period (163 to 37 BC).

We ended our day with a drive to Mt Zion to visit David’s Tomb.

Our last day ended with a visit the Israel Museum and the Dead Sea Scrolls exhibition at the Shrine of the Book. Then we saw a model of the city as it was in the days of Jesus. After a drive, we arrived at the Yad Vashem Holocaust Memorial. May we never forget the terrible price Israel paid to establish her country. A local cantor joined us for a short memorial service there.

We ended our amazing trip at the Garden Tomb, held by many Protestant denominations to be the location of Jesus’ resurrection. We had some time for prayer and meditation and Holy Communion. What an amazing trip!