Join me in Eastern Europe on a river cruise!! 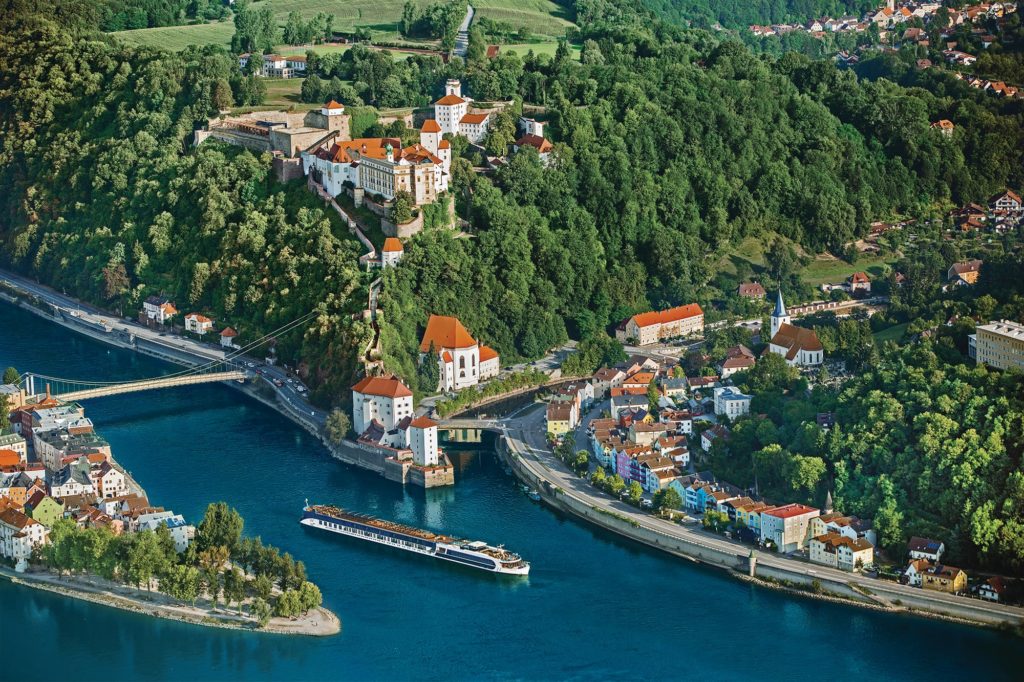 I have held space on the river cruise based on the great response I have gotten.

These river cruises sell so fast and I expect this one to be no exception. They can NOT hold specific cabin type without a deposit and a name.  Don’t wait or the cabin category you want might be gone AND we get a cabin upgrade as long as they last if you book a French Balcony or higher!

Cabins are filled based on availability.

If you have never river cruised before, you will love it and be hooked.  They do an amazing job with the tours, the food is delicious and the service is impeccable.

The fare includes: accomodations, food, wine/beer/soft drinks, an excursion each day with a guide, and on ship activites so it is very inclusive.

Our current promotion is $1000 off per person PLUS a room category upgrade while they last.  PLUS pre paid gratuities!!

These prices are for cruise only based on double occupancy with our current promotion.

**If you have sailed with AMAWaterways before you will get an additional $100 pp off as a past cruiser.** 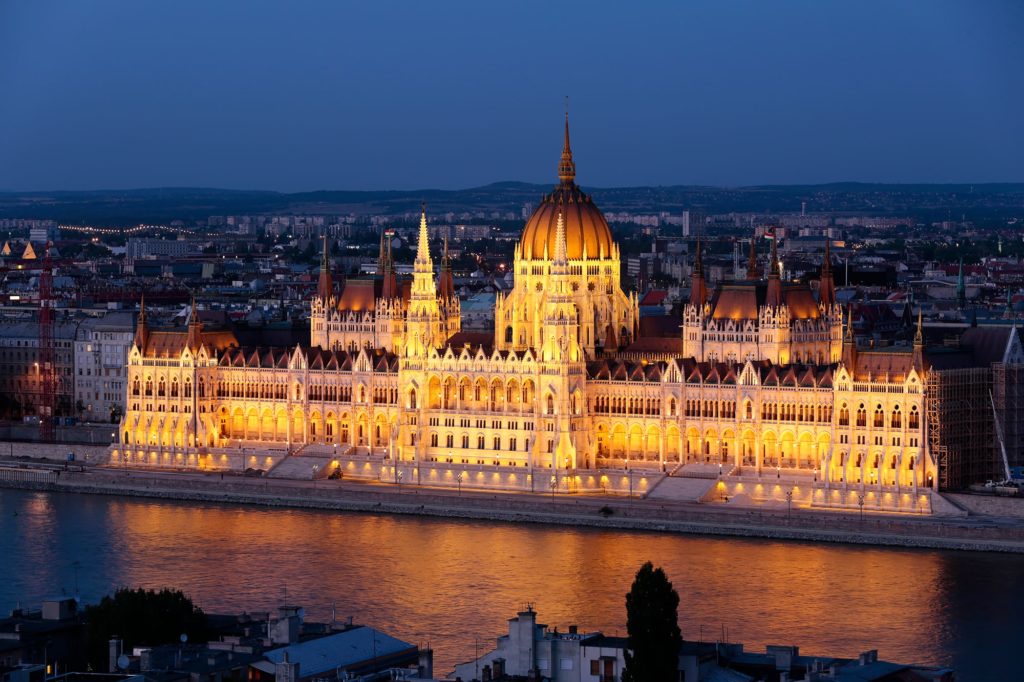 The cost for a single supp is 50% more than the cost. The cost above is priced pp as if you are sharing so add 50% of that cost. It depends on which cabin category you choose.
*Suites are double. the cost so 100% more than the cost shown
Category D and E cabins-  the fixed window cabins without floor to ceiling -are 25% additional but if you choose this option, you don’t get the $1000 off so you’d choose whichever is the better deal for you. 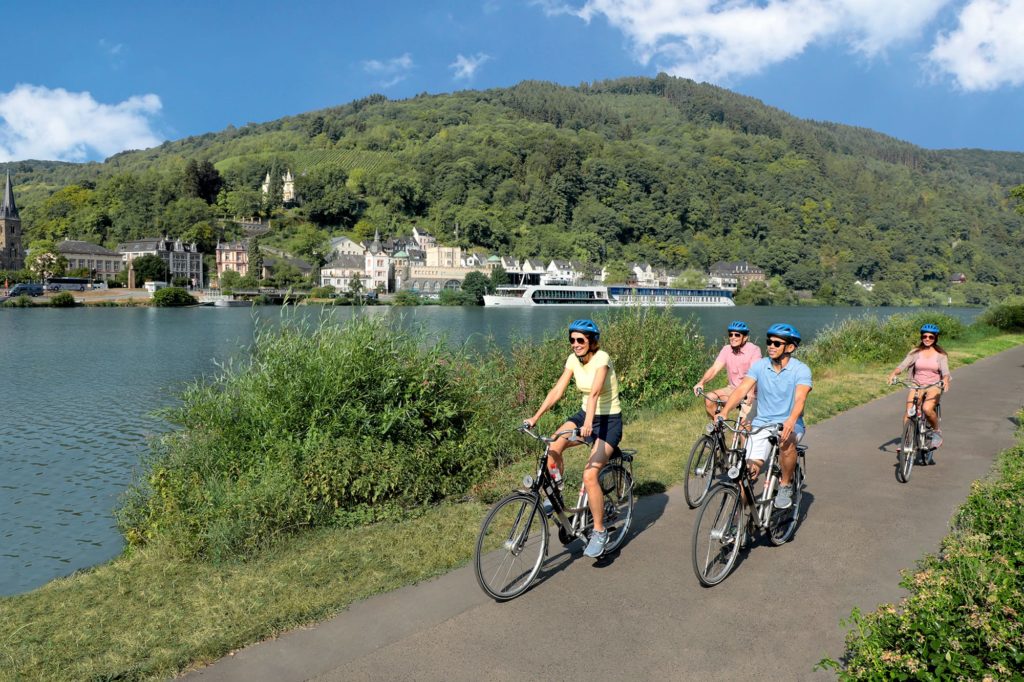 Embark your ship in Giurgiu. Tonight gather on board and meet your fellow passengers. (B,L,D)

Visit the ancient capital of Veliko Tarnavo. Built on three hills overlooking the Yantra River, this archaic city features Tsarevets Hills, the remains of a Royal Fortress, Royal Palaces and other historic sites. You’ll also see the small village of Arbanasi, where you’ll tour the frescos inside the Nativity Church and have an exclusive opportunity to taste Damascus Rose products, including jam, candy and liqueur. Alternatively, take a highlights tour of Rousse, often called “Little Vienna,” then hike up to the Ivanovo Rock-Hewn Churches, which were carved out of solid rock between the 12th and 14th centuries by Orthodox monks and feature medieval frescos. (B,L,D)

Explore Vidin, one of Bulgaria’s oldest cities, and surrounding areas with a choice of excursions. Discover Baba Vida Fortress, the largest preserved medieval castle in Bulgaria. Continue on to Belogradchik, one of Bulgaria’s natural wonders, where you can hike around its most spectacular rock formations. Alternatively, visit a local home for a demonstration of traditional Bulgarian yogurt and Banitsa, a pastry you will also get to make. You also have the choice to bike through Vidin and to the castle. (B,L,D)

The Iron Gates is one of Europe’s most awe-inspiring natural wonders. The Danube narrows as it winds through a series of magnificent gorges between the Carpathian and Balkan mountains, forming a natural border between Serbia and Romania. The ancient King Decebalus, the last king of Dacia, is proudly carved into the mountainside and always captivates travelers. (B,L,D)

Explore Serbia’s capital, Belgrade, on a city tour, which includes the Kalemegdan Fortress and the Serbian Orthodox Temple of St. Sava. Alternatively, visit the Royal Palace, the official residence of the Serbian Royal Family, and the House of Flowers, the mausoleum of Marshal Tito, who became the first President of Yugoslavia. Or enjoy a taste of the region by sampling Serbian plum brandy, Šlivovitz, and delicious local delights at the Quburich Distillery, followed by a panoramic tour of Avala Mountain. Later in the day, choose from a hike to Kalemegdan Fortress, known for its winding walking paths and incredible river views, or join a guided bike tour. (B,L,D)

Choose from three morning excursions in Novi Sad. Visit a local home and learn how to prepare traditional Vojvodina cuisine followed by a tasting. Or, hike up to Petrovaradin Fortress, built to defend against the Ottoman Turks, and offering spectacular Danube views. Alternatively, you may bike along the Danube and the pier known as “Strand” where the locals relax during the summer months. Later in the day, enjoy a city tour of Vukovar, including the Franciscan Monastery, Church of St. Philip & Jacob and Eltz Castle. Or savor Grasevina, Traminac and Frankovka wines in Ilok, a center of wine production since Roman times. (B,L,D)

Travel from Mohács to Pécs, founded more than 2,000 years ago by the Romans. Visit the UNESCO-designated Christian Necropolis; St. Peter’s Basilica, the city’s main Catholic cathedral along with its catacombs; and Széchenyi Square, the heart of Old Town Pécs. You will also see the Mosque of Pasha Qasim the Victorious, one of the symbols of the city. Or for the active cruiser, take a scenic guided bike tour through Danube-Drava National Park, a protected flood-plain known for its populations of black storks, white-tailed eagle and native grey cattle, one of the national symbols of medieval Hungary. (B,L,D)

Disembark your cruise in Budapest. (B)

The amount of the deposit is $400 pp to hold your cabin.  50% of this is non refundable.  Final payment is 120 days prior to the cruise. All payments will go on your credit card.  Contact me for the CC form.

**PLEASE  put the cabin type you want on your form and scan back to me.**Also include your roommate’s name.  There is a single supplement fee for a solo cabin. 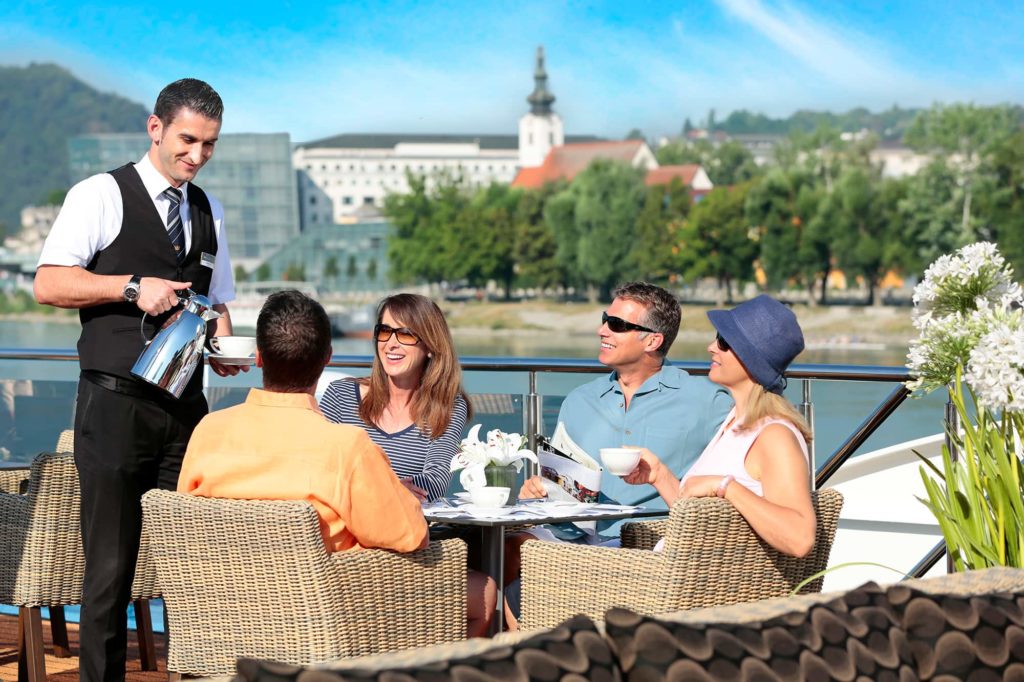 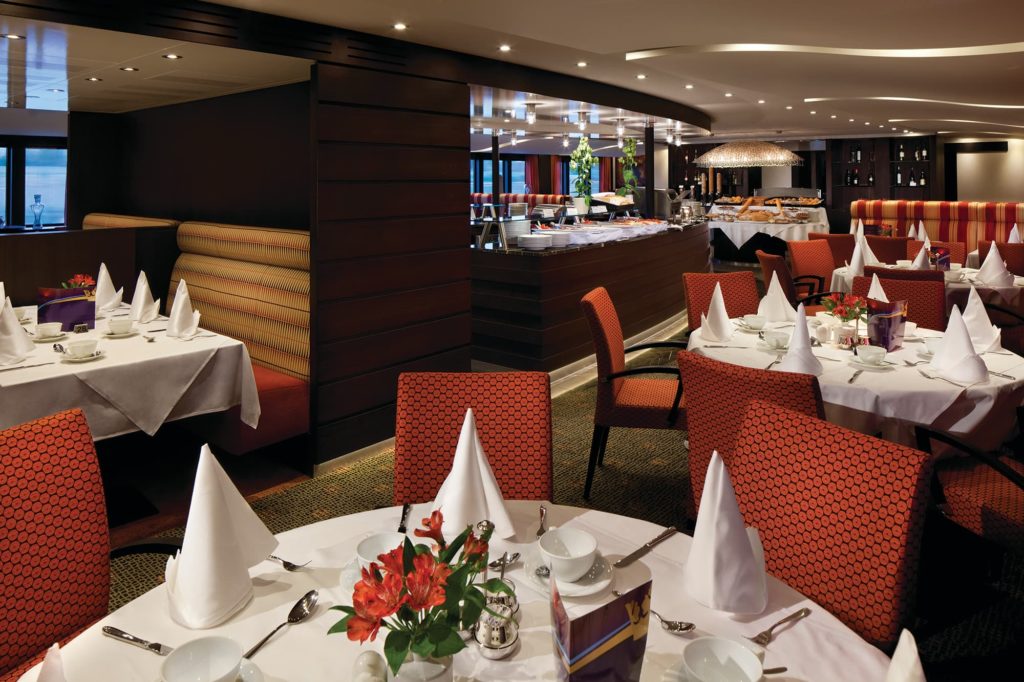 The optional excursions are:

Day 1, ARRIVE IN ISTANBUL, TURKEY. Arrive in Istanbul and transfer to your hotel.

Day 2, ISTANBUL. Allow yourself to be led through Istanbul’s fascinating Old City, with its numerous Roman, Byzantine and Ottoman monuments. Admire the mighty defensive walls, the Roman aqueduct and the hippodrome, among other iconic sites. (B)

Day 3, ISTANBUL. Admire the grandeur of the spectacular Ottoman Sultans’ Grand Palace of Topkapi, home to every Sultan from the 15th-19th centuries. During your tour, marvel at the private chambers of the Sultans, the Harem (women’s quarters) and the Imperial Treasury’s vast collection, including the jewel-encrusted Topkapi Dagger and the stunning 86-carat Spoonmaker’s Diamond. (B)

Day 4, ISTANBUL – GIURGIU – EMBARKATION. Check out of your Istanbul hotel and fly to Bucharest. Transfer to Giurgiu where you will embark your ship for your Gems of Southeast Europe cruise.

Leave USA on August 26 to Istnabul

Includes 3 days on land in Isntanbul and air to the port to begin the cruise in Romania.

Land includes hotel, breakfast, city tours, transfers to and from the ship, and the cruise manager with you.

Day 1 BUDAPEST, HUNGARY. Disembark the ship and enjoy a city tour of Budapest where you will see the

your Vienna hotel and enjoy free time to explore the city. (B)

Day 2 VIENNA, AUSTRIA. The “City of Waltzes” offers a treasure trove of gems just waiting to be discovered

on your city tour. See the majestic Opera House and the former Imperial Palace of the Habsburgs before

Day 3, DEPART VIENNA. Bid farewell to Vienna and prepare for your return flight home. (B)

Depart Vienna on Sept 8 for USA.

Land includes hotel, breakfast, city tours, transfers to and from the ship, and the cruise manager with you. 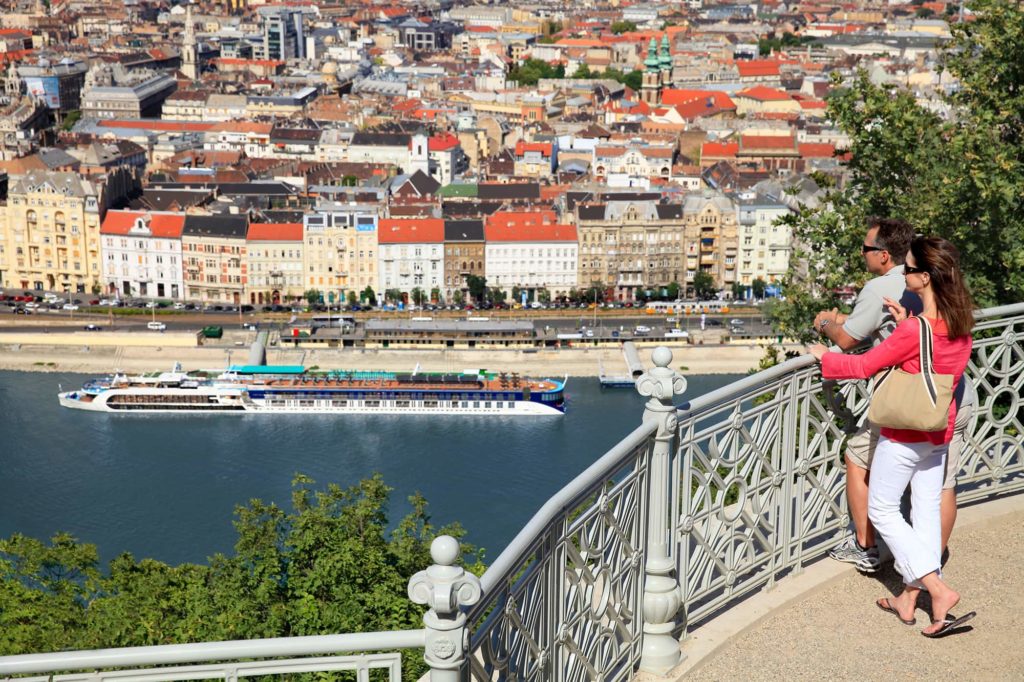 Once you have decided on an extension, if you choose to do one or both, we can talk about air and I can help you book that.

Feel free to share this with friends and family.  Email me with any questions. 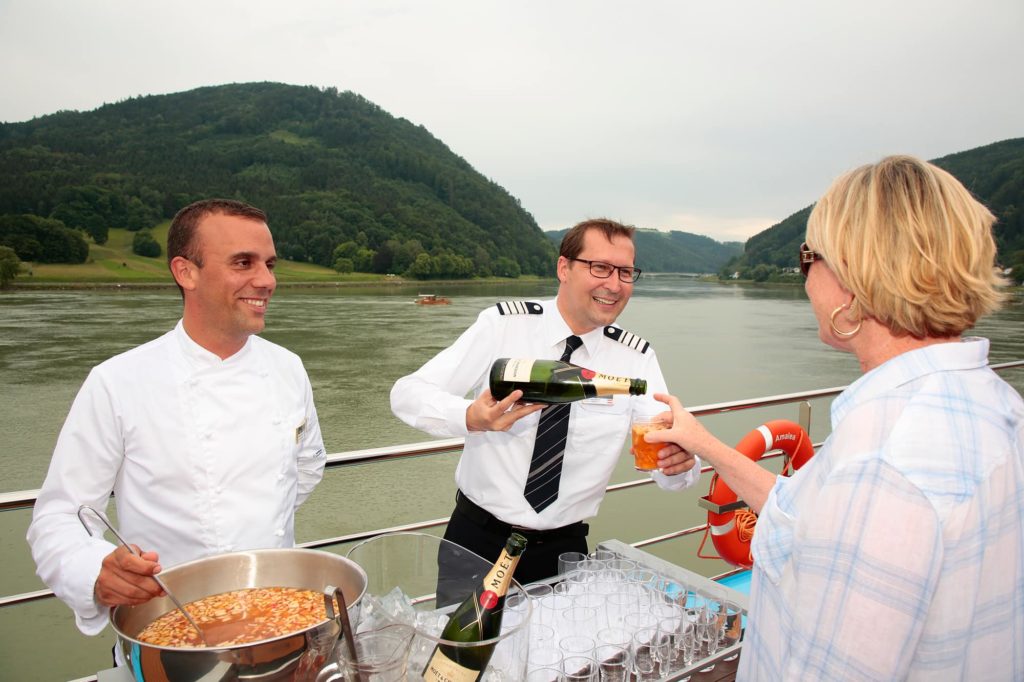 KAYAKING THE SEA OF CORTEZ